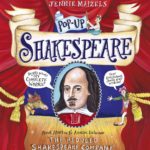 Austin Tichenor is an actor, playwright, director, and co-Artistic Director of the Reduced Shakespeare Company, and has been creating  Shakespeare-focused content for over 30 years. He’s the co-author of Pop-Up Shakespeare (2017; illustrated by Jennie Maizels), Reduced Shakespeare: The Complete Guide for the Attention-Impaired (abridged) (2005), and ten stage comedies that include William Shakespeare’s Long Lost First Play (abridged) and Hamlet’s Big Adventure! (a prequel), (all co-written with his RSC Partner Reed Martin). 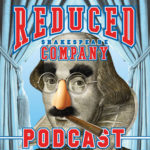 He’s acted in films and television, acted and directed off-Broadway, in the West End, and on stages around the world including the Kennedy Center; the Folger Shakespeare Theater; Cincinnati Shakespeare Company; the Tony-winning theaters Lookingglass in Chicago and Cincinnati Playhouse in the Park; London’s Gielgud, Criterion, and Arts Theatres; and Northlight Theater in Chicago, where he played Shakespeare’s star actor Richard Burbage in the midwest premiere of Lauren Gunderson’s The Book of Will. 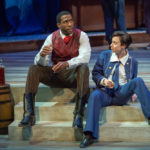 All his plays — which include adaptations of Frankenstein (influenced by The Tempest) and Dancing on the Ceiling (from Kafka’s “Metamorphosis”) — are published by Broadway Play Publishing. He’s been a featured guest speaker for the Center for Civic Mediation, the National Council of Jewish Women, and Phillips Exeter Academy, and recent directorial credits (apart from the RSC) include Twelfth Night at Cincinnati Shakespeare Company and Much Ado About Nothing at Pacific University.