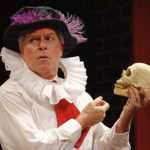 Hamlet isn’t my favorite play – mostly because it’s so rich and deep that a completely fulfilling production is almost unattainable – but it is certainly the most influential. I return to it again and again, revisiting its characters and themes and finding echoes of it throughout popular culture. I played a reduced Hamlet, of course, in The Complete Works of William Shakespeare (abridged). 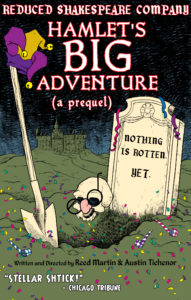 I also wrote the comic prequel to Shakespeare’s tragedy – Hamlet’s Big Adventure! (a prequel), in fact.

And I’ve written about it frequently for the Folger Shakespeare Library, talking about:

No doubt about it: Hamlet is “a hit, a very palpable [and influential] hit.”

Like this? Take a second to support The Shakespeareance on Patreon!